The Puppy who was Left Behind

Anna and her new puppy, Fred, go to spend time on her grandparents’ canal boat during the summer holidays. Anna loves the boat, and so does Fred, but her grandparents have a black Labrador, Sunny, and he’s very grumpy with Fred. It’s decided that poor Fred should go home, but by the time Anna’s parents come to pick up the puppy, Anna is in tears. Fred is upset, and scared of Sunny, and he escapes and runs away to hide in the woods. With the boat needing to move on that evening, the race is on to find the lost puppy before he gets left behind…

Holly Webb’s Animal Stories have sold over a million copies in the UK. From stolen kittens to lost puppies and runaways, Holly’s tales of puppies and kittens have won her legions of fans. 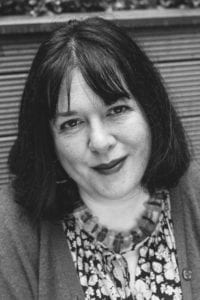 Hi there, Matilda Woods here, author of 'The Night

Hi! I’m author Matilda Woods and I live all the