Diary of an Accidental Witch, Book 2

PUBLICATION DATE: February 3 2022 (Not yet published - orders will be dispatched on or around publication date)

There’s only fifty days until the Winter Solstice, the longest and witchiest night of the year. But before that there’s the Grand Tournament – the biggest and sportiest day in the witchy calendar! And I can’t wait!

Bea Black is all settled into her new life in Little Spellshire, a town with a magical secret. She’s made tonnes of friends at witch school, learned how to levitate frogs (just about) and been working hard on polishing up her broom skills. So when the Winter Solstice Grand Tournament rolls round, she’s ready to rise to the next challenge and fly high.

But then Ms Sparks decides that this year’s tournament will be a bit … er … different. That is, it won’t be an Extraordinary Grand Tournament at all, but rather a very ordinary sports day with Spellshire Academy! With magic firmly forbidden and rivalry reaching new heights, who will emerge victorious? And more importantly, will Bea’s friendship with her best non-witchy friend Ash survive the competition?

A perfect potion of magic and mischief, DIARY OF AN ACCIDENTAL WITCH is THE WORST WITCH meets TOM GATES.

Be the first to review “Diary of an Accidental Witch: Flying High” Cancel reply 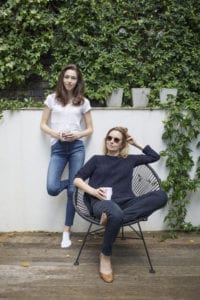 Honor and Perdita Cargill are a daughter/mother writing partnership and the authors of WAITING FOR CALLBACK and DIARY OF AN ACCIDENTAL WITCH. Originally from the Scottish Highlands, Perdita spent many…

Katie Saunders knew she wanted to be an illustrator when she had a picture published in Twinkie Magazine at the age of five. Katie worked as a teacher before becoming a full-time illustrator. She enjo…

One of The Times Books of the Year. When Shadows F

As Large as Life by Jonny Marx and Sandhya Prabhat

❓Were charioteers the highest-paid athletes in h