Boyband of the Apocalypse: Washed Up

Boyband of the Apocalypse, Book 2

Just when Sam thinks life has returned to normal he’s bundled into a black van by agents of the Apocalypse Intelligence Agency who send him off the remote jungle island of Fin del Mundo to appear on a celebrity reality TV game show. One of Sam’s rival ‘celebrity’ contestants is none other than evil music mogul Nigel Cruul, who the A.I.A. suspect is planning to bring back the Horsewomen of the Apocalypse. Luckily his best friend Milo and kick-ass sister Lexi are starring in the show too. But they’ll have to survive everything from alligator-infested swamps to public vote offs, if they’re to save the world once more.

Perfect for fans of MY BROTHER IS A SUPERHERO, HAMISH AND THE WORLD STOPPERS and THE PARENT AGENCY – and anyone who’s ever watched a celebrity reality TV show.

Be the first to review “Boyband of the Apocalypse: Washed Up” Cancel reply 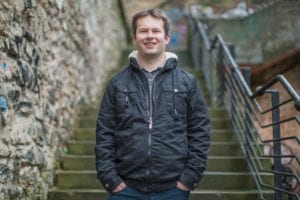 Tom Nicoll has been writing since school, where he enjoyed penning essays that were as silly as possible. Tom lives near Edinburgh with his wife and two daughters. He is the author of the successful T…

David O’Connell cannot sing, play a musical instrument or dance, so would never be in a boyband. In fact, it is far more likely that the Apocalypse will destroy the universe than it is that David will…

As Large as Life by Jonny Marx and Sandhya Prabhat

❓Were charioteers the highest-paid athletes in h